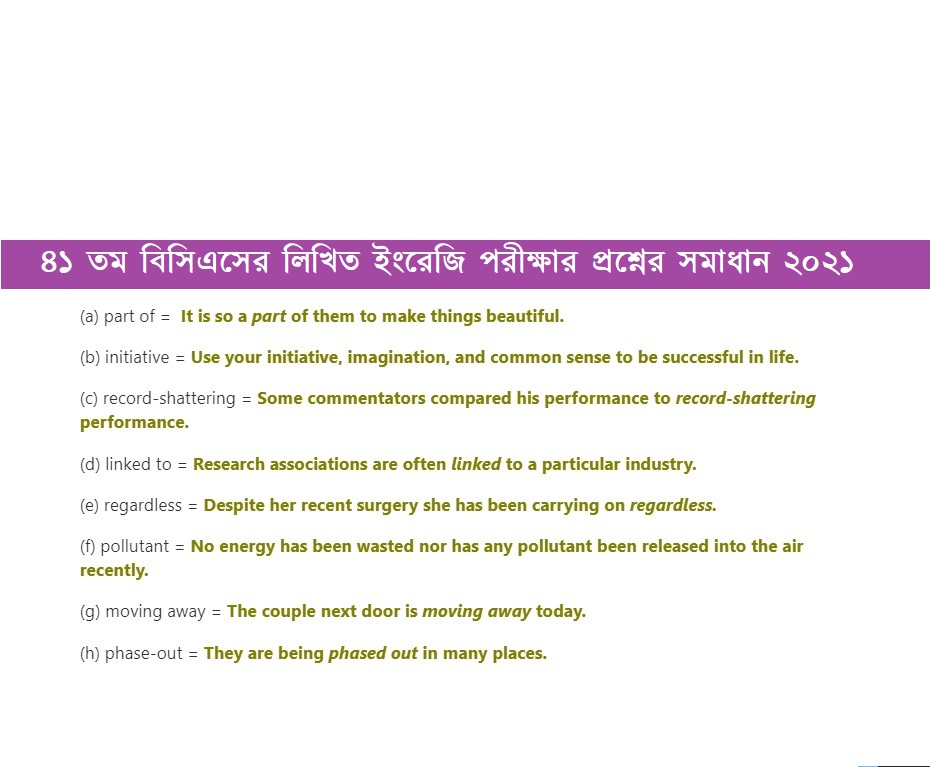 Read the following passage and answer the question nos 1-7 that follow:

An influential group of scientists have recently warned that several climate tipping points are now imminent. The researchers, part of a group of more than 14000 scientists who have signed on an initiative declaring a worldwide climate emergency. said that governments had consistently failed to address the root cause of climate change: ‘the overexploitation of the earth’. In a similar assessment in 2019. they noted an ‘unprecedented surge’ in climate-related disasters including flooding in South America and Southeast Asia. record-shattering heatwaves and wildfires in Australia and the USA and devastating cyclones in Africa and South Asian of 31 ‘vital signs’—key metrics of planetary health that include greenhouse gas emissions, glacier thickness sea-ice extent and deforestation—they found that 18 hit records highs or lows. For example, despite a dip in pollution linked to the pandemic. levels of atmospheric carbon dioxide and methane hit all-time highs in 2021; Greenland and Antarctica both have recently showed all-time low levels of ice mass, and glaciers are melting 31 percent faster than they did just 15 years ago. they said. Both ocean heat and global sea levels set new records since 2019, and the annual loss rate of the Brazilian Amazon reached a 12-year high in 2020. Echoing previous research. they said that forest degradation linked to fire, drought and logging was causing parts of the Brazilian Amazon to now act as the source of carbon, rather than absorb the gas from the atmosphere. Tim Lemon, director of the University of Exeter’s Global systems Institute and study co-author, said the recent record-breaking heat waves in the Western United States and Canada showed that the climate had already begun to behave in shocking, unexpected ways’. “We need to respond to the evidence that we are hitting ciliate tipping points with equally urgent action to decarbonise the global economy and start restoring instead of destroying nature,” he said. The researchers said there was ‘mounting evidence that we are nearing or have already crossed’ a number of climate tipping points. These include melting of the Greeplantand West Antarmicice…slitels, which may now be irreversible on a centuries-long time scale, regardless of how or if humankind slashes its emissions. They said increasing ocean deoxygenation and warming waters were threatening warm-water coral reefs, upon which half a billion people rely for food, income and storm protection. The study has been published in the journal Bioscience. The authors echoed previous calls for transformative change infiLareas: eliminating fossil fuels, slashing pollutants, restoring ecosystems, switching to plant-based diets, moving away from indefinite growth models, and stabilizing the human population. They also called for climate change education to be included in school core curriculums globally in order to raise awareness. In the immediate term they proposed a trio of emergency responses to the climate emergency. These consisted of ‘a a significant carbon price’, a global phase-out and ban of fossil fuels, and the development of strategic climate reserves such as restoring and maintaining carbon sinks and biodiversity hotspots. “Policies to combat the climate crisis or any other symptoms should address their root cause: human overexploitation of the planet,” said William Ripple. distinguished professor of ecology at Oregon State University’s College of Forestry.

1. Answer the following questions in your own words without copying any sentences from the passage above:

(a) What is the main reason of climate change?

Ans: As greenhouse gas emissions blanket the Earth, they trap the sun’s heat. This leads to global warming and climate change. The world is now warming faster than at any point in recorded history.

(b) What does ‘unprecedented surge’ refer to?

(e) Why cannot Brazilian Amazon absorb carbon from the atmosphere?

(f) What are the proofs of the changed behaviour of climate?

(g) Mention the evidence that we are nearing or have already crossed a number of climate tipping points.

(i) What did the scientists propose as the immediate response to the climate emergency?

(j) Give a suitable title to the passage.

Ans: (a to j) try yourself using your own thought and idea.

2. Write the meanings of the expressions of the following words in English using contextual clues words/expressions are underlined in the passage:

(b) emission = The production and discharge of gas and radiation

(d) irreversible = not able to be altered

3. Fill in the empty cells with appropriate words according to their parts of speech:

4. Give an antonym for each of the following words and make sentence with the antonyms:

(b) devastating = blessed [The rain brought blessed relief from the heat]

(e) awareness = ignorance [He acted in ignorance of basic procedures]

5. Make sentences of your own with each of the following words and phrases (Copying of any sentences from the above passage must be avoided):

(a) part of =  It is so a part of them to make things beautiful.

(b) initiative = Use your initiative, imagination, and common sense to be successful in life.

(d) linked to = Research associations are often linked to a particular industry.

(e) regardless = Despite her recent surgery she has been carrying on regardless.

(f) pollutant = No energy has been wasted nor has any pollutant been released into the air recently.

(h) phase-out = They are being phased out in many places.

(i) strategic = There is a strategic and systematic plan of reading.

(j) combat = The government is trying to combat inflation by freezing salaries in the public sector.

6. Summarize the passage in your own words (within 100 words).

7. Write a letter to the editor of an English daily highlighting on over exploration of the Earth and its remedies the worldwide dangers of the.

8. Write an essay in about 1000 words on any one of the following topics:

(a) Bangladesh’s Graduation to a Middle Income Country: Prospects and Challenges

9. Translate the following passage into Bangla:

Blue economy can play a significant role in eradication of poverty contributing to food and nutrition security, mitigation and adaptation of climate change, and generation of sustainable and inclusive livelihoods., Therefore, blue economy requires a balanced approach between conservation, development and utilization if marine and coastal eco-systems, all oceanic en Dancing value and generates decent employment, and productive marine economy and healthy marine eco-systems; Pritharily, blue ‘economy should have adequate focus on well-being and livelihood of people. Secondly, engagements between countries and stakeholders on blue economy should be based on the principles of mutual trust and respect, equitable mutual benefit and sharing of benefits to secure sustained and beneficial outcome of all ocean-centric enterprises* If is needless to say that for most of the developing states, particularly for Bangladesh making transition to blue economy world, entail fundamental and systemic changes in their policy, management and governance frameworks. It will also necessitate the identification of various maritime economic functions. Because, maritime functions in the context of blue economy are not related to economic sectors only; they cover the relevant maritime value chains including backward and forward linkages.

10. Translate the following passage into English:

At present, more than 82 million people around the world are displaced to save them from war, oppression, violence and human rights abuses. This record number of displaced people is almost half of the total population of Bangladesh. Myanmar is one of the five major sources of displacement across the world, from where about 10 lakh Rohingya fled to Bangladesh being refugees in 2017. Bangladesh has been sheltering these Rohingya refugees in Cox’s Bazar for four years as an example of liberal humanity. These displaced refugees want to return to their respective country. But it is not possible without a fair plan for their security, dignity and citizenship of Myanmar. Until then, we have been providing them protection, support and safety. Every refugee has a history of individual suffering and misery. We also remember their firm conviction and the struggle of survival on this day of World Refugee Day. They are regularly struggling to survive with dignity. They are optimistic that one day they will return to Myanmar, their homeland.

See/download 41st BCS Written English Question 2021 from the below images: Courtesy: To all authorities from where documents are collected

N.B: Generally we try to update any news. For any Change, reform, and republished of any news we are not responsible.

If you want to give advertisement in our website for any product of your organization please contact with us by following Address.

I am a passionate blogger and at present working in a Government organization. I have completed my MBA from Rajshahi University. Educational content writing is my dearest passion. I hope all my educational content will help you in several extent. Thank you for visiting our website.
View all posts by Abd Mamin →